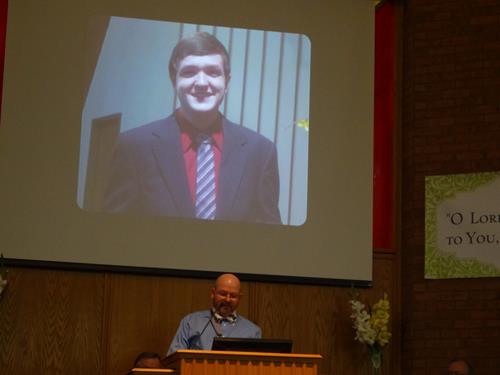 Tate Williams will always be remembered as an extraordinary young man.

His greatest love in this life was serving God. Even at an early age, Tate was already an outstanding preacher and teacher of God’s Word. He was one of our youngest students at GSOP.

“Tate grew up in a Christian home where a Christ-centered education was priority in his life. Tate developed a love of preaching at an early age as his heroes were Gospel preachers.

As a teen, Tate filled his summers with Future Minister Camps.  The men who instructed him in these camps would become great mentors to him and have a huge influence on his decision to become a bold soldier of the cross.

Tate loved the Truth and he loved to tell everyone about it.

Tate was blessed to be able to attend Georgia School of Preaching classes throughout high school which was an integral part of his education. As Tate grew in his Bible knowledge and his preaching skills, he developed a strong desire to take the Gospel abroad.  Tate was blessed to preach the Gospel in Australia, Tasmania, Iquitos (the Amazon jungle) and Lima, Peru.

At the age of sixteen, Tate was the youngest speaker to preach on the Gospel Broadcasting Network (GBN).

In October of 2012, at the age of eighteen, Tate was on  a way to preach his first Gospel meeting when a tragic accident sent him on to his reward.  Tate died doing what he loved most in life – preaching the Gospel.

At the time of his passing, Tate was busy preparing for a new program on GBN for teens called, ‘Text Message.’  Tate was planning to further his formal education and training as a Gospel preacher in the fall of 2014…”

The Tate Williams Memorial Scholarship has been established by GSOP to honor this exceptional young man, and to assist other young men who come to us with a stated desire and intent to preach. The scholarship that bears Tate’s name will provide all textbooks free of charge to its recipients for the entirety of their course work at GSOP.

With the price of books being what it is in today’s world, a preacher’s library can be a very costly element of his career. We are confident that this scholarship will be instrumental in helping build a preaching student’s library. And, we are certain that Tate would be pleased to have his name associated with this endeavor.

Recipients of the Tate Williams Memorial Scholarship will be awarded each May at our Annual GSOP Bible Lectureship. 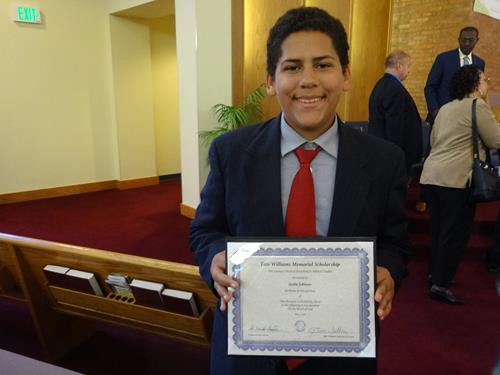